Storytelling: Predictability Will Kill Someone (possibly your story)

May 14, 2018 | Behind The Scenes, Chatting, I Love Books, Storytelling | Comments Off on Storytelling: Predictability Will Kill Someone (possibly your story)

I love talking Story with other writers and teaching classes on it, so this post is for the writers among us.

When your story gets predictable, it's dead.

It's not like romance is some avant-garde, structure-free genre, where you never know what's going to happen next.  It's not literary fiction, where the writing often takes precedence over storytelling. 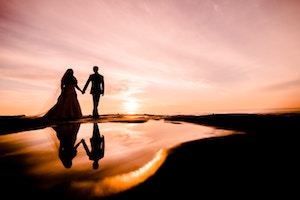 And it's not like we don't know what's going to happen at the end.

HEA happens at the end. (Happily Ever After)  Or at least HFN (Happily For Now).

It's how you get the reader there that counts.

If the reader knows what's coming next–and how you're going to get them there–you'll lose them. (Readers, amiright?)

Related Point: Although not the focus of today's post, it's important to note that if we're not deep inside the character so we feel their pain too, it's going to be less compelling, especially for romance readers!  We're reading for character and emotion.  We want the angst and the hurts and the laughter and the passion.  You don't get that by reversals and unexpected events per sé. In short, delivering unexpected, unpredictable events & reactions is not enough. But it is vital for exciting, page-turning storytelling.

Where Should Your Introduce Unpredictability?

Today, I'm just going to focus on the latter. Events in the story we didn't expect, that the hero/heroine now has to respond to.

What's the most reasonable thing that could happen next in the scene you're writing today? The thing the reader will expect?

And…did you do that thing?

Okay, yes, sometimes you can do what we expect.  But let your characters be tested more than they probably are. Throw them some curve balls and let's see how they respond.

Does he say the funny, sweet line…and the heroine laughs?

Does she get the job offer she expected?

The more you deliver what we knew was coming next, the less we need to read the story. We already knew it.

Bonus points if it ties into the hero's inner arc! More on arcs in another post.

But in the main, you want your readers saying, “OMG, what's going to happen next??” or “How are they going to get out of this one??” or “Oh no he didn't!” or “Holy shizzle, she's going to lose her mind when she finds this out. Can't wait to see it.”

We don't want them saying, “Well of course…. I knew that was coming.” 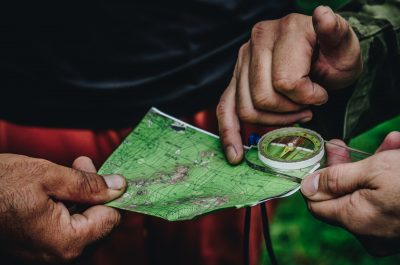 As I said before, we know where this romance is going. We already bought the map. It's going to HEA or HFN.

We're along for the ride because of how you get us there. It's a journey.

Don't take us on the interstate.

Take us on the back roads, where cars break down and hotels don't have running water and mountain roads dwindle into nothing and bears show up at moonrise.

Take us where adventure lurks.

We've read a hundred romances.  We know the tropes, we know the conventions, we  know the story.

It's how the author delivers the oft-told tale that makes it a memorable page-turner, or a forgettable story we may or may not get to the last page of.

If you have a scene you feel is lackluster, or a whole sequence of scenes, maybe a dragging, sagging middle, these exercises can inject life and spine.

You can do these in a plotting mode, or if you're a pantser, do them on rewrites.

Ramp up or reverse real world events with unexpected complications or bonuses.

The heroine doesn't just get offered a job: she gets offered a job with the hero's arch-rival. Or one that makes her the hero's boss.  Or she works for the hero's mother. Or she finds out she didn't get the job…because her criminal history check had some scary stuff in there no one knew about. Heck, maybe not even her!

Does the hero walk into a room and people say hello?

Well heck, what if they all got up and walked out?  What if the heroine called him on the carpet for being five minutes late?  What if his father is sitting there and announces he wants a seat on the Board?  What if the fire alarm go off and the sprinklers burst open and the heroine's all wet now….  :)

What if you mixed it up??

Pro Tip: Sometimes all this requires is moving scenes around.  Consider moving & combining scenes before you wrote something entirely new. Don't worry if it's from a later point and you wanted to save it. As a crit partner once told me: Don't ever save the good stuff.  Pile it on. Make it worse.  Make it insanely better. Make it hurt. Make it happen sooner or later than we expected, so we're surprised.  We'll love you for it.

Fun fact: This can be a great back-door way to build stakes..

Make the h/h's actions have a bigger impact on the lives of those around them.

The heroine goes in to tell her roommate she's moving out because of a new job.  Expecting the roommate to be angry and desolate, your heroine is shocked when she jumps up and hugs her, explaining now they can sell the apartment and move out too, because actually, roommate's been wanting to for a long time…

Well that will have an affect on your heroine, won't it?  All this time, Bestie Roommate wanting to move out and not saying anything…? Why?  This is going to tap on that inner arc.  Trust me, it will.

And now, at a plot level, when the Black Moment hits and the heroine loses her job and the h/h have their horrid moment of realizing it'll never work,  guess what?  The heroine has nowhere to go.

Obviously those are just examples. The point is to amplify the reactions & responses of secondary characters and you can often build a more rich, complex world for the h/h to live in.

Delaying the reveal of information can be a great source of conflict and really deliver the ‘unpredictable' goods.

When you present information or backstory in a natural…let's say polite manner, you often lose power.  “Hey there reader, I'd like you to meet my hero, here are All The Things about him…”  Yeah, that can be somewhat…meh.  Information presented early on in the story often has little power. Why?  Because we don't yet know the character well enough to care about them, and we don't understand the full scope of the story world yet, so we don't know how those little factoids are going to come into play.

Why not make it emotion?

How?  By delaying its reveal until it matters to the unfolding story.

Delaying that information can make it matter a whole lot more. When it throws us for a loop, when it connects dots we didn't see before, when it complicates something that looked easy, you can get huge benefits.  The character can have known it, they just didn't reveal it to the reader before.

In this way, you can turn something that used to be just ‘information” into something pivotal.

Another bonus: it can also help unbloat earlier scenes, when the story may have dragged as you tried to explain backstory or stakes.

So maybe in the opening chapters, you only tell us the hero is a P.I., but you delay revealing he's paranormal P.I.  on an assignment to hunt down fairies.

My second caveat: Don't go for cheap tricks to manipulate reader emotions.  Delaying information has to work for the story & the characters.  Don't do it just to get a story jolt. Do it because it works.

To push yourself–and your characters–to face an unexpected events. To test them.  To make them face things they didn't expect, things that test them and push them and force them to change.  To see if they're up to the challenge.

Hint: They are.  It's inside of you, to do this thing, and to see them through it. They can handle it,  So can you.

Try it. See if it opens up any portal of creativity for your story, lets you see the characters in a new way.

Here's the thing: whatever you came up with for these exercises, it came from within YOU.  You're the creator or conductor for this story. Digging deeper like this, tweaking our first inclinations, reversing the course of the story, dredging into deeper emotions or more difficult circumstances, will reveal a well of depth and story connections that were already there, you just never saw them before. And in this way, you can weave far more potent turning points for your story.

My bet?  If you do this exercise, even if you don't actually use the material in your story, you'll find all sort of things that will have you saying, “Omg, I never saw this before, but it fits perfectly!”

Okay, go do some of the exercises, and leave a comment to let me know how it goes!