Some Useless Facts About Medieval Mistletoe

December 18, 2018 | Chatting | Comments Off on Some Useless Facts About Medieval Mistletoe

In the way back oldie times, mistletoe was a controversial thing. It's part of old Norse mythology, which was not really so very Christian. It was used in Celtic festivals and ancient Roman festivals, and was all pagan-ed up. 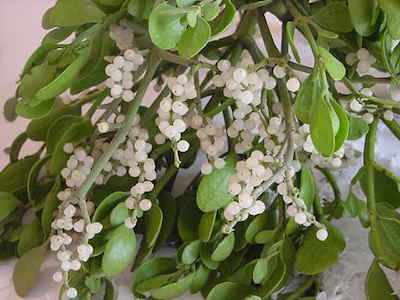 As you might imagine, a lot of religious people were Bothered by this and Did Not Like It.  It conjured bad vibes when used as a decoration during Christmastime, especially in churches, on what was becoming a pretty holy day.

This disdain continued through the ages, because….people. Martin Luther and John Calvin hated mistletoe because of its pagan, pre-Christian history, and the Puritans basically said, “Talk to the hand, mistletoe.”

But a lot of churches didn't actually care about the Bothered Folk. 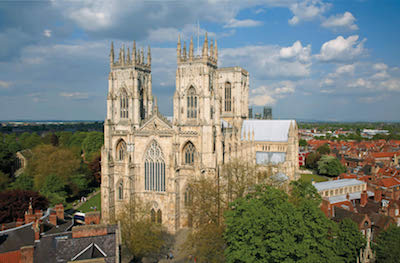 For almost a thousand years now, at York Minster, the Dean of the cathedral has placed a spring of mistletoe on the high altar, where it stays for the 12 days of Christmas.

Back in the middl ages, the mistletoe came with a “decree of peace and pardon” at the city gates–which lasted as long as the mistletoe remained on the altar.

Anyone estranged or exiled was to be welcomed home, and people were supposed to refrain from starting lawsuits each other during this holy time. 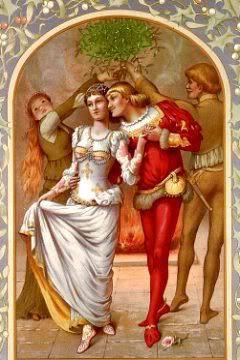 As far as the kissy-face part of mistletoe…the original custom was that one berry was picked from the sprig, & only then could a person be kissed. When all the berries had gone, no more kissing.

That has story potential, no??

And in the ‘seriously?' pile of mistletoe trivia…the name is a combo of two Anglo Saxon words: ‘mistel' (meaning dung) and ‘tan' (meaning twig/stick) So, it seems what we have developed is the tradition of stealing kissing beneath a poopy stick.