As I switch over to a WordPress site, I was looking back on the old blog, hosted on Blogger, & I realized I haven't shared any of my research madness with you for awhile.   What the heck…

Here's a cool research tidbit from the writing of THE KING'S OUTLAW, in my USA Today® bestselling anthology CAPTURED BY A CELTIC WARRIOR.

There’s a jeweled dagger running though all four of the stories in the anthology, and since my story was appearing first, I wanted to set up a compelling, exciting tale for the dagger all the girls would be using.

I knew I wanted to set THE KING’S OUTLAW during the Second Crusade–you know, King Richard the Lion-Heart, THE LION IN WINTER period? (Tangent: Who else loves that movie??)

Anyhow, as I started my research, seeking an exciting dagger story, I came across the Hashashin, the real, original Assassins.

The Assassins were part of a Nizari sect of Islam that formed in 11th century, lead by the “Old Man of the Mountain,” whose headquarters was Alamut Castle (“Eagle's Nest”) near what is now modern-day Tehran. 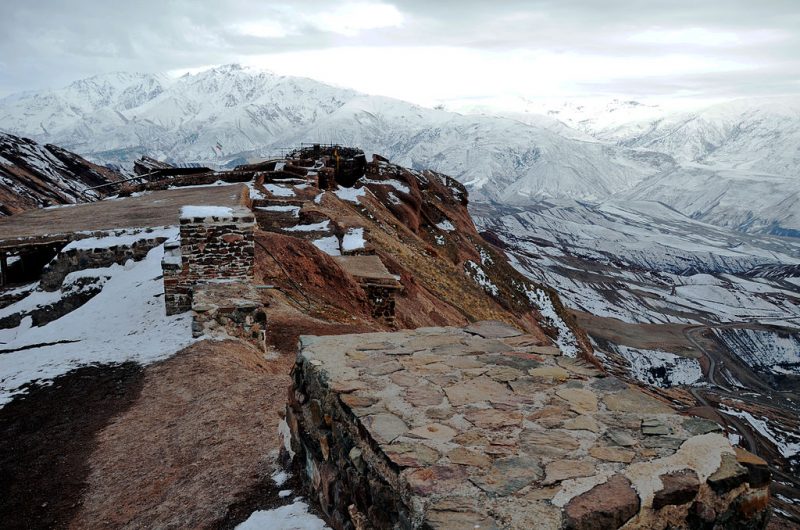 They were a military order, but conducted high-level espionage and political murders through one class of their order, the “fida'i.” These young men were highly trained in many arts and skills, from combat to linguistics to all manner of espionage techniques.

Although they did conduct highly public murders of high-ranking figures, they often worked covertly, in secret and quiet. They would assimilate into the towns and worlds around their targets, sometimes for months on end, and were immensely fond of daggers, sometimes poisoned, both as weapon and as threat.

Assassination of Nizamal-Mulk by a Hashshashin

One of many stories of their exploits: In 1092, the new sultan of the Seljuk empire, upon coronation, rebuffed a Hashashin (Assassin) ambassador.

The sultan woke up one morning soon after with a dagger thrust into the ground beside his bed. He didn't say anything about it–who wants to announce a weakness like that??– but a little while later, a messenger from the Assassins arrived, saying, “Did I not wish the sultan well that the dagger which was struck in the hard ground would have been planted on your soft breast.”

Oky-doky then. Interestingly, decades of a ceasefire ensued after this incident.

Saladin, the Christian Crusaders most worthy opponent, was repeatedly targeted by the Assassins, and finally came to terms with them. Crusader leaders did the same. And Prince Edward, later to become King Edward I of England, was wounded by an Assassin's poisoned dagger in 1271 while crusading.

You can see why I started getting excited. What an amazing, dramatic real-life dagger story. 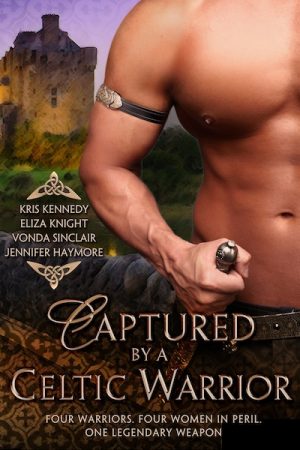 In 1192, the period of THE KING'S OUTLAW, the Assassins attacked and killed the crusader prince Conrad of Montferrat, in a public garden, when surrounded by his guards, three days before his coronation as the King of Jerusalem.

But wait…there's more! Rumors swirled that King Richard the Lionheart of England was the one who hired them to do the deed.

Sold. I'll buy the knife. This was exactly what I needed for THE KING'S OUTLAW.

A perfect, organic, dramatic background for the dagger in the Captured by a Celtic Warrior anthology.  I seized it.

Or rather, Tadhg O'Malley, my hard-core warrior, rather questionable hero seized it.  Took it and ran.  Now powerful, dangerous men are hunting him down, and he'll do anything to complete his mission.  Anything at all.

Kidnap an innocent merchant.  Use her.  Play her for a fool.  Ignite a raging passion.  Take her against a wall, with her begging for more.  Run away with her.  Then be forced to decide, in the end, if he has what it takes to protect her, against all the odds, at the cost of his mission,  his life, and the very throne of England.

The other stories in the anthology are by Eliza Knight, Vonda Sinclair, & Jennifer Haymore.

Want to read more about the dagger and Tadhg, and all the other hard heroes and the women they fall for??  Check it out all on vendors now!

Hey AprilR,
So glad you loved hearing about it! And that was just the tip of the Assassin iceberg. :) I was so fascinated, I could have researched it forever.

Soooo happy you loved the anthology, April. Thanks for loving it so much, and helping spread the word.

WOW! I certainly did not know any of this. Great information!

I enjoyed the Celtic Collection!

Thank you for sharing!
AprilR