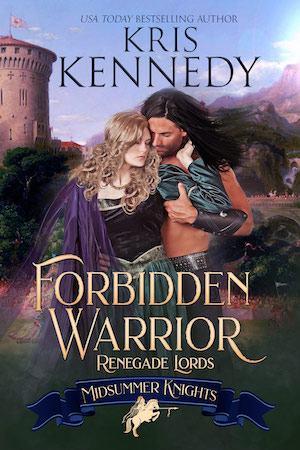 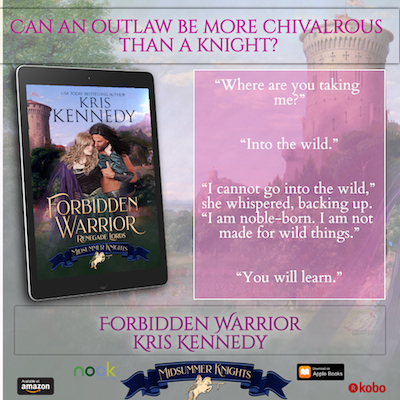 Yes, my weekly-ish update is coming on a Thursday instead of a Friday, because I completely forgot what day Valentine's Day was.

I scheduled this post for Friday the 15th, bearing Happy Valentine's day greetings to you all, then woke up this morning and saw the real V Day deal. (I'm going to keep calling it V Day because typing out “Valentine's” all these times is making my autocorrect lose its mind: “Didn't I just correct this for you, sister?  Like, one line ago??”)

So, rather than deleting my V Day wishes for my beloved readers,, I'm bumping up the post date.

That, ladies, is flexibility. Forget yoga–just reschedule your blog post.

And look, here we are, at your V Day greetings!

Hope you have a good weekend!  It's a long one for many people in the States.  if you have off on Monday for President's Day, enjoy it.  If you do anything for V Day, have a blast.

If you don't do anything for V Day, enjoy your non-celebration because seriously…sometimes these kinds of days are hard.

Maybe a rollicking historical romance would help…?  With a big bad alpha hero on a mission… Maybe named Kier… Or Jamie Lost…. Or Tadhg…   Just sayin'!

My V Day Text To Hubby

To be perfectly honest, the person who revealed it was V Day was my husband, via a text, wishing me a Happy V Day.

I immediately texted back: “Aww, thanks NO FLOWERS, RIGHT??? They're expensive and they die and you work late so I won't get them till 9p and there's no sun to come in the window and bathe them in an ambient glow anyhow, not in this crummy, rain-soaked corner of the world so NO FLOWERS. Happy V Day, babe!”

Got any sweet or funny V Day texts between you and your Significant Other?? Post 'em below!

Working on a Rom Com

Working on a contemporary romance right now, then diving back into the next in the Renegade Lords series!  I think it's Rowan's story.

I have a dog 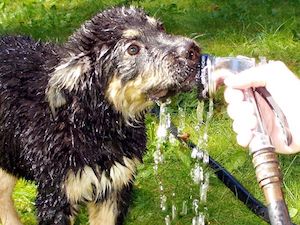 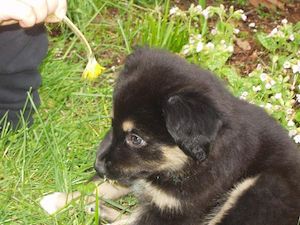 There you go. My life is boring as hell in a social media way.  If you've got anything exciting going on, I'm all ears. Like those sweet or funny V Day texts…

Otherwise, here's to hot, hard men who know what they want and puppies who drink from hoses and don't see flowers dangling over their heads, but when they do see them, eat them right up.

I had a little moment of panic when I saw my last Friday post had been on March 31. “March??” I thought.  “Aw hell, you mean I haven't posted since March?”

Shaking Up The Muse

I've been trying to shake up the muse, who keeps wanting to write big old plots rather than honed-in-like-a-laser-beam romances.

I tried dictating.  I tried through a mic, which was incredibly unsettling, to watch the words try to appear, after a huge delay, on the screen, as I was saying them.

So then I set up an entirely internal system, where I dictate to a digital recorder, download the mp3 files to a software program, that runs yet another software program, and the dictation happens software-to-software.

Much better results, distraction-wise. As far as output…? Here's a sample

The line I dictated, which had some ‘administrative' type instructions for myself, ran something like, “She was standing by the window, in a wash of spring sunshine–remember to use the original typed paragraph for this intro–when Brian de Lisle walked in. He smiled at her, tray of food in hand, and kicked the door shut behind him.”

What did it transcribe for me?

–> “Next field decrease her organs store Foster handler for two Mesa County pointe shoes undercover with some bubbles it was a finders crisis.
So are shine.” He said <–

Close. So close. Should speed things right up. 💩

I'm writing a short story, to use as bonus material for an anthology I'm going to be part of in the summer.  The anthology will include three other historical authors, and we're going to use existing stories, but include little ‘extras,' as a way to reach new readers & cross-promote our work.

My bonus contribution is a short story that connects to Defiant.  A paragraph of the short story is above. As is the word-vomit hallucination of a transcription. 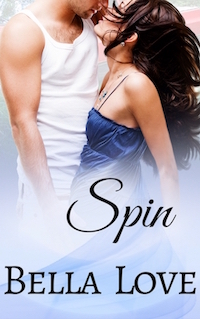 Dare: I've written about 110K on DARE, my sexy contemporary romance  follow-up to SPIN, featuring Finn & Janey Mac, but it's all circling the romance.  So I'm rejecting all this nonsense, and will keep hammering away.  My goal here is another 50K super sexy story.

Out of His System: About 20K in, and we see, again, the too-much-plot problem.  Curse this story.

Untitled Christmas Novella: DONE!  But it's in a super rough state, right down to the fact that there are still a lot of incomplete sentences. But at least this shows me I can still actually write. 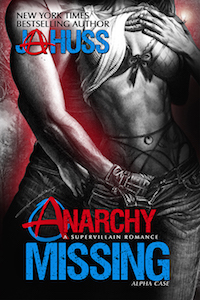 Then I started in on a re-read of Lord of Scoundrels by Lorette Chase.  Because…shaking up the muse.