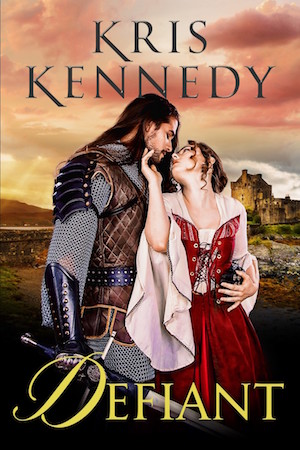 . . . Jamie released her when they were through the stable doors, into the dusty warmth.  Eva backed away, resisting the urge to rub her wrists, for she would not have been rubbing away pain, as he had not hurt her.  She would have been … touching where he had touched.

Morning light rayed in through slats between the boards.   Horses and hay were illuminated by very thin strips of bright light, so they glowed golden and brown and chestnut red.  The horses shifted in their stalls, turning to peer at them with liquid eyes, furry ears pricked.

Jamie and his companion lead their horses out, still saddled.  Clearly, they had anticipated a short stop.  Perhaps she should be insulted by this.

Eva’s horse was standing down the row further, a dim brown shape, her head half down, eyes lazily closed, a single spray of golden hay poking out from between her velvety muzzle lips.

Jamie patted his horse in a distracted way and tossed the reins up.  He grabbed hold of a stirrup and looked at her.  “Up.”

“Are getting on.”  Then he paused and glanced down the row, the very direction her surreptitious little glance had gone.  They both looked at the sleepy brown mare.  “Yours?”

She opened her mouth, then closed it, suddenly unable to determine the need for a lie.

Revealing she had a horse would not betray nothing of her purposes.  Jamie could easily assume she had a horse.  She’d never have made it this far without.  She could claim every horse in the stable and Jamie would know nothing more than he did right now.

And yet . . . notwithstanding all these sensible notions, Eva felt engulfed like a wick by the bright, burning knowledge that the more Jamie knew of her, the more her life would become . . . irrevocable.

Eva lived for revocability.  Decisions were nothing but footprints in the sand; everything could be washed away.  At need, Eva revoked opinions, plans, pennies, entire personal histories.

But Jamie, Jamie was more the edge of the cliff than the shifting sand.  No going back.

A thin scar carved through the corner of his lip and up over one high cheekbone, but did not detract from a whit of the beautiful masculinity of him.   Hands, blades, wits: everything Jamie bore was a weapon, and a blind man would see he was a thing to avoid.   And right now he was watching her, his eyes never leaving hers throughout the lengthening silence.

Do it, the faint call came up from inside.

Jamie jabbed his chin into the air.  “Ry,” he said to his companion, “bring her out, will you?”

Ry strode over, and while he was being so obedient and bringing her mare out, Jamie tied her up.

Standing a head taller and an inch away, his dark head bent to attend the ropes, she had a strange, disorienting moment of imagining him doing something helpful as he stood before her, perhaps untangling a pouch, or showing her some trinket in secret, tucked between their bodies.  She watched his thick fingers tug on the ropes and the dizzy sense expanded, down from her very ridiculous head into her even more ridiculous body.

“These ropes, they are hardly necessary,” she announced.

“Other words come to mind, not so greatly ‘cautious.’”

He tipped his head up.  He had very long eyelashes.  This was not right.  “Such as?”

She sighed.  “You seek compliments at such a time?  About your eyelashes, no doubt.”

His stared at her, then the small, dented curves beside his mouth deepened ever so slightly.  He bent back to his tying.  “Ropes make it more difficult to escape.”

“But who is to say I wish to escape?”

“Fleeing and kicking me brought the notion to mind.”

She made a dismissive sound.  She truly had no desire to escape, not anymore.  Further reflection—the sort that came while being hauled down stairs—had shown her the truth of her straits: she had no hope of regaining Father Peter alone.

If one had to be in captivity, it was undeniably better to be captivated by one who had the power and inclination to take down every shared enemy in your path.   Then, come time, you could simply steal away.

She gave another sigh.  “But you are so daunting with your weapons and your glowering looks, what can I do but succumb?”

He gave a low laugh.  “Once, you might have been able to make me believe that, Eva.   Then I spent the night shackled in a cellar under the town walls.”

“It must have been quite cold and damp,” she reflected.

He flipped an end of the rope overtop and gave a sharp tug.  “Quite.  I was kept warm by imagining just this.”

She sniffed and peered patiently over his head, for regarding his bent head, the strands of dark hair falling by his hair-roughened jaw, did not help maintain the proper sense of outrage and loathing one wanted at such a time.

He gave a final tug and yanked her so close their chests touched.

“You have been sorry to say a great many things in the short time I’ve known you, Eva, and not one of them has been true.”  His softly-spoken words dropped into the hot pocket of air between their mouths.  “’Tis your self who should be afraid, for if you do not talk soon, I will make you.”  He bent to her ear.  “It shall not take long.”

Fear had nothing on the chills his words sent cascading through Eva’s body.  Which meant . . . this was not fear.

Oh, indeed, Jamie was peril of a most grave sort.   The edge of the cliff, the tide coming in.

He put his hands on her hips and vaulted her into the saddle, then lashed her horse to his and lead her out of the stable.

** Starred Review “The love story is both sensual and charming, with flirtatious and sizzling encounters. Kennedy has a way with words, and the witty banter between Jamie and Eva is a great pleasure to read. The history is absorbing and well-woven through this satisfying novel.”

“Where to begin with the compliments? The plot is tightly written without a bit of drag anywhere…The interplay between the hero and heroine is reminiscent of Loretta Chase, an author noted for her dialog, without being derivative in the least. I could go on and on. Defiant’s a damned good book, y’all. Find it, read it, fall in love. Then you’ll be pining for Ms Kennedy’s next one, just like me.”

— All About Romance, a Desert Island Keeper

“Jamie is a brooding alpha male…I loved him even when I was mad at him. Eva is the perfect partner for him. She is the kind of heroine I wish every historical had…I didn't want to put Defiant down, and I definitely didn't want it to end..”

— The Good, The Bad, The Unread; Grade A

“With wonderful characters and sharp, engaging dialogue, Ms. Kennedy brings the 13th century alive with a tale full of adventure and romance.”