England is in turmoil.

King Richard the Lionheart has been captured on return home from Crusade and is being held ransom by the Holy Roman Emperor.

While he languishes in captivity, Richard's scheming brother, Prince John, conspires with the French king and English nobles to foment rebellion.

Amid the unrest, a grand tournament is scheduled near the border of Scotland and England.

The greatest knights and lords from England, Scotland, Ireland, and France have gathered to compete for a great prize.

There will be celebrations, jousts, and feasting. It will an exhibition of chivalry and warrior skills, a breeding ground for treason…and for love.

Midsummer Knights is a project of seven medieval romance authors.  We built a world around a tournament that happens in the summer of 1193, and we each wrote a book that takes place (at least partly) at the tourney.

The books will be releasing every 2 weeks, for 14 weeks.

We hope you love it!

The Highlander’s Dare, by Eliza Knight (May 12)

The Highlander Knight’s Revenge, by Lori Ann Bailey (May 26)

Never If Not Now, by Madeline Hunter (July 7) 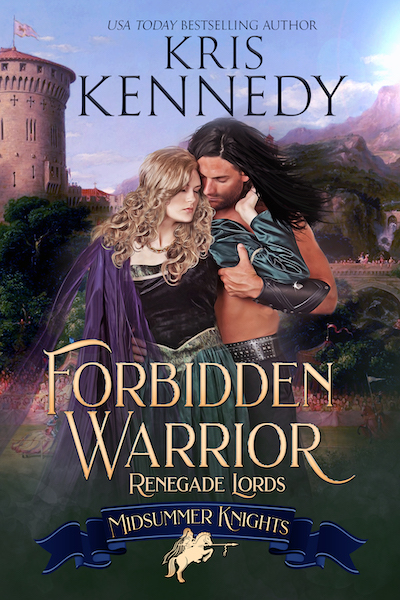