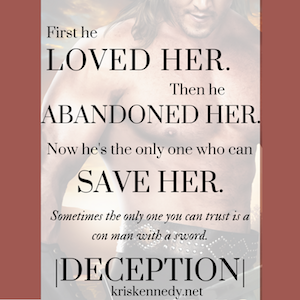 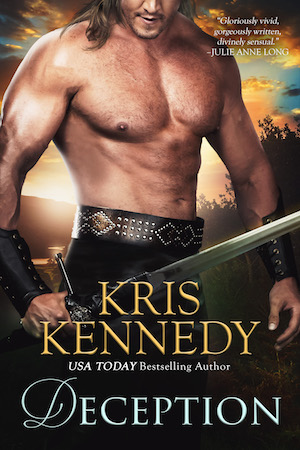 The Book I'm Working On

Working hard on revisions to Deception, eyeing an Oct release date. Another scorching hot medieval adventure with a con man hero and a very desperate, very angry woman who won't take no for an answer. 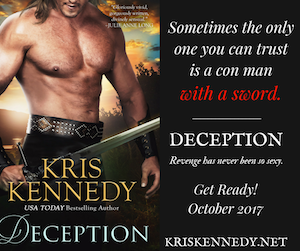 The Kind Of Heroes I Love

I don't think I'll shock anyone here with this, but I love hard heroes. Men who operate just this side of good.

Deception is a little different from the usual medieval fare–it's a long con, with a hero who's been steeped in criminality from his pirate lord father to his time managing connections between wealthy, corrupt movers-and-shakers of medieval England.  He's a man with no conscience…except when it comes to the only woman he's ever loved. Which is going to prove pretty inconvenient for him.

My heroes are generally pretty tortured souls–Kier from Deception certainly is!–but they're decisive, highly capable men on a mission, so their dark side has focus.  And although they're 100% alpha, they're also very confident, so they don't have any problem with an equally strong woman at their side. Actually, they need a strong woman, someone who can handle the grand adventures and intense passion required for the love of a lifetime.

If that's the kind of book YOU like too, check out all my romantic adventures at the website, and get swept away!

The Special Gift I Have For You

This limited time giveaway is a little gift from 13 historical romance authors, to help our readers find new hot historicals w/ bad boy heroes to love.  Who knows, you might just find a new fav author! (After me, of course.)

Hop on over to Bookfunnel, peruse the covers, click the ones that look especially yummy, and enjoy!